Could make a preacher cuss…

This is at once funny and sad.

Apparently there was an email that one of the elders sent out to all of the small group leaders that had a whole history of how they had been plotting and planning to get rid of T and me and hire the new guy.

I think it is funny because they alerted a ton of really key players to their game and sad because they are (I know this is harsh, but I feel it all right now) too stupid to hold their cards close to their vest and not forward them so everyone can see.

These are the yahoos who are running this church.  God help them.

Just got word that the church has found my replacement.

I guess we just brush our hands together and declare a job well done.

I have until Thursday to clean out my office.  New Guy starts in two weeks.

OH…did I mention the new guy is the son of one of the elders’ girlfriend?

I was not horribly angry yesterday.  I just thought it was stupid.  Now I am angry.  I am glad they prayed hard about all of this.

I will write more later when my brain stops spinning.

Today I went in to pray with our elders and they delivered another letter.  This one demanded T and my resignation.

Then they wanted to hug.

I think I am relieved, but I am not sure.  I think I will enjoy a bit of time out of the spotlight.  I pray God will show me the grace I have taught throughout my ministry.

This shepherd is about to hang up his staff.  At least for a while. 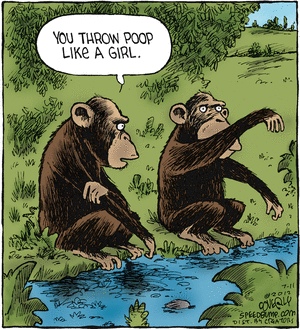 You know what really bugs the crap out of me?

Today we had a spectacular service.  The music hit every note (ha ha) the preaching was excellent (as usual) and everything went without a hitch.  It ran very smoothly and was powerful.  That was the evaluation of several of the elders.

This is my job.  I do it well.  Why the %#$@% would we put T and me in the same box and say, “take it or leave it.”  T doesn’t do HIS job.  Because I give that evaluation in a closed door elders meeting, now I am lumped in with him.

After the big meeting, T said to me with a laugh, “You know, I haven’t done squat with small groups.  If I get to preach once a month, I’ll really put a lot of effort into them.”  Well, I guess throwing a fit and intentionally not doing your job does have its rewards.

We start up small groups in another month or so…I haven’t seen any promotion at all.  T submitted a vacation request for the second or third week after they begin.  I had better approve it or his wife might send the elders a nasty email.

The big meeting was a big bomb.

The elders arrived to the meeting enmass 5 minutes late.  Power move.  I wasn’t that impressed, nor intimidated.  I was a little irritated.  (I guess you should probably read this entire post knowing that little bit of information).

They took the first 15 minutes explaining in painfully many words with very little new information how they came to write their little letter and deliver it to our hands.  The summary?  They prayed a lot and agonized over the whole thing.  Translation, “Don’t question the wisdom of what we did because God was in it.

Then they asked T and me how we came upon our response–and how we had spent the last two weeks.  I decided to stay spiritual and say, “I prayed, thought about it, met and then we sent you the response.”  That sounded better than I drowned my sorrows with a gallon of whisky, but it doesn’t change anything really.  (Relaxxxxx, I don’t even drink whisky.)

The point of all this?  They wanted to scold us for not coming up with a spiritual enough answer.  Their letter, after all, had Scripture references in it (they said that…)  I got a little snotty and said, “Just because we didn’t use Scripture to justify our position, doesn’t make it any less spiritual.  Further, you misused the Scripture and used it to take a cheap shot.”

Apparently that was the wrong answer.  We moved on.

They didn’t like any of our suggestions and rightly surmised that I had simply given in to everything T wanted.  I calmly explained my way had obviously not worked to bring about great harmony, so I was willing to try his way.

They asked if I thought it was best for the church.  I told them, “No, but that was not one of the criteria for the plan–it was for us to work together.  Every time something like this comes up, T says he wants to preach once a month, so I figure our goal is to make him happier and so he will want to engage with small groups.”

The meeting lasted an hour and a half.  The end of the meeting was the conclusion we need to all pray more.

Lovely.  Now, where is that whisky?

So I was at the mechanic’s shop today and it made me think of my situation at the church.

I took my car to the mechanic because it was running badly, he gave it a new paint job.  Now everyone is pleased.

Except, of course, the one who wants to get from here to there.