A couple weeks after the original encounter with B and P (the elder and his wife), I received an email from P.  She informed me that they had decided what coffee pot was needed for the coffee ministry and asked me to inform H that she needed to use it.

It doesn’t matter, but the coffee pot is much too small.  She doesn’t know that because it is not her ministry. 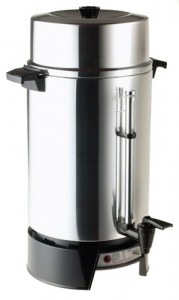 The coffee pot itself is not the issue, of course.  The issue was and is how we treat our volunteers and now we add how they treat me to the mix.

I decided to forward P’s email to the elders and simply ask, how I should handle it.

One of the elders, E, took it upon himself to take up “my” cause.  He does a good job of reminding everyone that the elders had already given me oversight of this new coffee ministry.  He reminded them they had pushed me to the finance ministry to get the money to fund the new equipment we would need.

The problem was, he loves to brow beat people into submission to his ideas.  So eventually everyone agrees to his plan–the money and authority will come from the worship ministry and I am in charge.

The next Monday, at our regularly scheduled prayer time, E was out of town.  After the prayer time, B pulled me aside.  He apologized for the way things had happened.  He wanted to work together.  P, his wife, takes inventory of all the kitchen supplies every week and makes sure there are enough supplies for all of the ministries.  B wanted to know if it would be ok if P did the same for the coffee ministry–after all, she was making the trip to the store anyway.

We talked about the importance of allowing people who run a ministry to make the decisions within those ministries–even if it is not done the way we would do it.  He understood.  I told him it would be fine for P to pick up the supplies.

Nice resolution.  I knew at the time we would have to have this conversation again.  That is just the nature of the case.

Later that day, I start getting text messages from E. 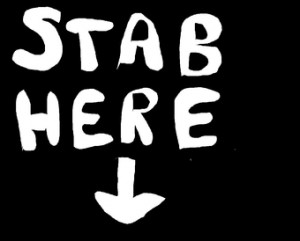 He wants to know if I had any conversations with B.  I told him what happened.  E came unglued.  The texts came fast and furious.  I was a disappointment to him.  We had lost all of the territory we had gained.  The only way to put B in his place is to yank the money from B and I just gave it all back to him.

I tried to argue that this was an opportunity for B to serve well.  I tried to say, “We all have to learn from our mistakes.”

E told me how arrogant I was to think that I could help B learn to serve better.  E had 20 years experience with people like this and B is never going to change.

In the end, I was just a disappointment to E.

I hope I am not a disappointment to Jesus.  E has a way of making me wonder.

I am a pastor at a local church.
View all posts by shepherd →
This entry was posted in Church Life, Leadership, Nuts. Bookmark the permalink.