Fruit of the Vine

I am in a denomination, like many in the US, which uses grape juice for the Lord’s Supper. 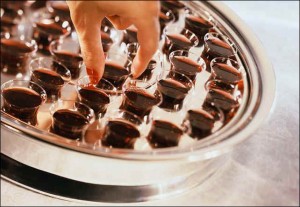 Sunday, as a communion meditation, one of our elders made the argument that in Scripture, there are a couple different words for wine.  One for old wine, one for new wine and then the word(s) used for wine in the institution of the Lord’s Supper.  He made the point that old wine was “the hard stuff”  new wine was in transition, but the “fruit of the vine” was just the produce of the earth.  It was the purest, uncorrupted grape juice–just like Jesus.

My question is, “If it really is just, “produce of the earth” or the pure “fruit of the vine,” how do we know Jesus is not talking about tomato juice?”  The answer, of course, is because they didn’t drink tomato juice, they drank wine.  We are committed to grape juice because it is our tradition.

From the very beginning the Church has celebrated communion with wine.  It was not until the last 100 or so years that we even considered grape juice.  (See this Church History by Christianity Today piece for example).  In our pursuit of sterile, politically correct communion, we have left the idea of communion altogether and exchanged it for little, individual wafers and little, individual cups of juice.  Sad.

I had several people Sunday ask me about the communion meditation.  “Is it right?” 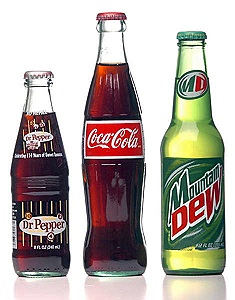 What was done Sunday is typical for what has been done in churches for decades.  They make detailed, logical arguments from the Greek.  Who could argue with that.  How about this?

In the English, we have a number of words for carbonated beverages.  We say, “Pepsi” if we are talking about the sickeningly sweet drink.  We say, “Coke” if we want a really well-balanced, drinkable cola. (ok, maybe that shows a bias…)  But when we commune together, we pour a soda.  Soda is the purest form of carbonated beverage that exists, for it is neither Coke, nor Pepsi, but it is soda.

We immediately see the foolishness of such an argument because we are very familiar with carbonated beverages.  We know “soda” is a broad category which includes both Coke and Pepsi as well at Mt. Dew, Dr. Pepper and Shasta (eeeew).  To say, we drank a soda, simply means we drank a carbonated beverage made of water and syrup as opposed to juice or whatever else one might carbonate.

Likewise, in the ancient world, they had a variety of words to describe wine with varying levels of specificity, but “Fruit of the vine” is not more specific, but less specific.  Additionally, it completely ignores Jesus’ culture and what would be on the table at a Passover meal.  The table drink was wine.

Why do we allow such silliness to be a central part of our service?  If you were to speak to this elder, you would find temperance to be central to his theology about communion and about Jesus.  It misses the whole point.

The point of the Eucharist is Jesus.  It is His body and blood.  His death.  His sacrifice.  To make the point of it some argument for temperance cheapens it beyond words.

I am a pastor at a local church.
View all posts by shepherd →
This entry was posted in Church Life, Theology. Bookmark the permalink.

8 Responses to Fruit of the Vine