So Here is the Story…

First of all, this would have been much easier had I kept up with the story throughout the last six months.  I didn’t, so this will likely be a long post.

Occasionally I see television attorneys ask the judge to allow them to treat the witness as hostile.  I suppose they mean that they might have to provoke them a little and in provoking them, their answers might get a little edgy.  Let me warn you, I am probably a hostile witness.

The last six months have been a blur of surgeries, recovery and work.  I have missed a number of days of work, but have cranked out all of the work expected of me.  I preached all but two Sundays which I skipped because W was still in ICU.  The church has been great through it all.

The church, however, is having a significant money crisis.

I am certain I blogged about this, but for the past few years, the church has budgeted $40,000+ per year more than they bring in.  A math genius might be quick to point out the foolishness of such a plan, but such foolishness eluded the wisest of church leaders.

When we came to the beginning of this latest budget cycle, I was a lone and loud voice crying in the wilderness saying, “This is nuts!  We must revise our budget.”  We had no money in the bank, so after a long and difficult meeting, we brought the budget down to a reasonable $15K more than we brought in the previous year.

No surprise, we are completely out of money and it looks to get worse.

Part of the reason we are in this mess is that we are overstaffed.  We are a church of 300 and have 3.5 full-time staff.  That is down half a staff member from when I began.  I have said this since I arrived–even before I knew the staff.

A couple months ago, our elders went on a fact finding mission to determine how they were going to correct our staffing and, hopefully, right our financial ship.  They interviewed all of the staff and had a number of closed door sessions.

During my interview, they asked me for a frank review of the staff.  I did.  The staff person who does not pull his weight and who is least cohesive on staff is the one we have called T.

T is an old-school minister who glad-hands everyone who comes in the door with a big smile and a pat on the back.  People are courted into the baptistry and then are dropped to move on to new territory.  (Note the hostility creeping in…)  His area of ministry is small groups.  He does almost nothing for small groups, but instead works the politics of the church. (T and T’s wife are constantly working behind the scenes to get their pet projects through…you’ve seen this before).

Working with T has been a challenge because he doesn’t do what he is tasked with doing.  I don’t have any real authority over him and so life goes on in the office.  There is no hostility; there are no arguments.  He does what he wants and I get to occasionally sign off on some expenses.  T avoids contact with most of the staff–he double schedules every week so he doesn’t have to go to our weekly staff lunches….I digress…

Anyway, when the elders asked for my frank evaluation, I gave it to them.  I stressed that I don’t have any “problem” with T, but that T is simply unsuited to the job he is in.  They nodded their heads.  They wrung their hands for their inability to do something with this sooner because they all knew the issue.

Over the next month, the elders had secret meetings to figure out what to do.  Sunday they revealed the oracle.  Their solution?  In the words of the late, great Rodney King, “Can’t we all just get along?” 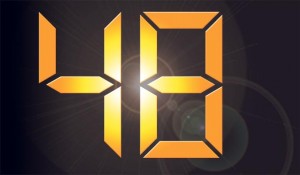 They called a meeting after church with the elders, T and me.  One of the elders prayed a lofty prayer about the Kingdom and our church and our wonderful staff, then we were each given an envelope with our name on it.  With that, the elders said, “We expect a response within 48 hours.”  They said their quick goodbyes and they all walked out of the room.  T and I opened our envelopes.

For posterity sake, I will scan it in and post it here…probably sometime later this week.  Some of it won’t make much sense, but you can see it anyway…

The gist of the letter was that T’s and my division was causing problems in the church and was causing us to have a “mutual” lack of productivity.  We were to agree within 48 hours to their terms of working through the situation and then in 2 weeks come back to them with a document with a plan for how to work in brotherly love.

Oh.  Love.  They tossed in a couple Scriptures for good measure and said we were acting unlovingly and were akin to a dead branch in the church.

Honestly, it ticked me off.  I am telling the truth when I say there is no hostility between T and me.  There is also very little collaboration, and I do not find him a good match as an associate pastor on my staff.  But we don’t argue.  We don’t trade barbs.  We are professional in our relationship.  We are not friends, but we are far from enemies.

We told the elders we would follow their plan.  I also sent them an email with a direct push back on their plan.  A copy of it is HERE.

This, “Solution” is no solution at all.  It fails to address the very issue they began with–a budget crisis that requires we dismiss one staff person.  Now they have either committed to NOT reducing the staff or shooting themselves in the foot and getting rid of both T (who is not pulling his weight) and me (who, I believe, is pulling his weight).

The whole idea of getting rid of the senior pastor because of an incompatible associate is foolish.  This church searched for 2.5 years to find a senior pastor.  T was here all the time and if they had thought he was the man for the job, they would have hired him.  Now they plan to send the church into another pastoral search simply because they are unwilling to make a difficult decision?  STUPID.

I have yet to hear back from my email to them.  It has been 36 hours.  I wonder if they will feel bound to the 48 hour deadline.  I doubt it.

I am a pastor at a local church.
View all posts by shepherd →
This entry was posted in General. Bookmark the permalink.

4 Responses to So Here is the Story…