I have been out of the gender wars for a long time.  Years ago, I adopted gender-neutral language for my own writing and preaching.  I resisted it at first because in English (at 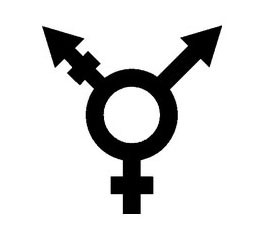 least yesterday’s English), “He” is the default pronoun and is non-gender specific.  BUT, language changes, culture changes and those who communicate with the culture have to change.  I want to communicate with both men and women, so I speak in ways that does not offend half the population.

I have never cared for the gender neutral changes some have suggested when referring to God.  I don’t like the whole “Father/Mother” designation.  I don’t want to read designations that toggle between “Father” and “Mother.”  The reason is nothing anti-fem or pro-male, but fidelity to translation.  The Scriptures refer to God as “Father” in places and uses feminine images in other places.  I think we should keep those images as they are written.

For the first time, I wanted to change that position.

I heard someone actually argue for the male-ness of God.   “How could God not be male–the Bible calls Him Father.”

Made me want to smack my head.

Sheesh.  Do you think maybe, just maybe all of the talk about God as a father or as a husband (or as a mother in labor, or as a nursing mother) is just anthropological language?  Do you think that God just might be wholly other and thus must find human words to describe Him/Her?

I am a pastor at a local church.
View all posts by shepherd →
This entry was posted in Nuts, Theology. Bookmark the permalink.