Apologies to anyone who reads regularly, life has been so crazy, I haven’t had much time to write.  So let me sum it up with four interactions.

First, I met with M and shared my concerns about E.  He listened.  He sees E’s belligerence and would like to see us make some incremental changes. I think he knew, but now he knows who E is.  The question is whether he will do anything about it.  He sticks by the elders decision to send S on a sabbatical for a while to help “get his family in order.”  He didn’t get that all of the information he has regarding S’s situation is through the eyes of E.  No one even talked to S.

“Getting his family in order,” is code for, “Letting E decide whether he thinks S should come back.”  What is the mess in S’s house?  His daughter was raped by someone at the church and she has anxiety at church.  She is making progress, but E thinks it should be instant and complete.  Also, S should be without pain. 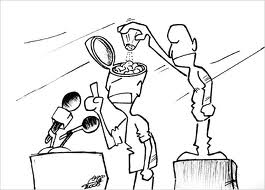 Second, we had an elders meeting.  It is, apparently, time for a review of my performance.  We discussed S’s sabbatical, I expressed my frustration at not being in the communication loop with the whole process.  I told them that I was completely against how they were dealing with S–that I thought it was counterproductive for S and his family.  They said they had prayed and this was the right path.  I feel a little like Jeremiah 14.  The end result, if people ask anything about S’s absence, I am to respond that, “We decided it was a good idea for S.”

Third, I met with E.  He spun everything well.  He should work in Washington.

Fourth, and lastly, I met with a friend.  For the first time, I shared with someone what was going on here.  It was refreshing to speak with someone from the outside who could tell me I wasn’t just crazy.  He was a glass of cold water.

I am a pastor at a local church.
View all posts by shepherd →
This entry was posted in General, Leadership, Personal. Bookmark the permalink.